In November 2021 Google announced a new broad core update – the “November 2021 Core Update”. While the update did show a high volatility, higher than the July 2021 update, it also completed much faster. With SERPs going back to ‘normal’ volatility within a few days and a typical ranking movement of around 3 positions.

According to the data available by SEMRush, the high volatility was felt most within the mobile SERPs. Something we can confirm when reviewing the data from our clients.

This update has noticeably impacted the keywords that were ranking between position #5 and #10. We also saw many examples of the keywords entering the top-10 that were previously ranking at position 20+.

On both Mobile and Desktop, the niches that showed the most impact are Pets & Animals, Health, Real Estate. While Autos & Vehicles and Travel saw a high impact mainly on Desktop. People & Society and Science saw high volatility mainly on Mobile.

Are you part of these industries, and you see traffic and/or revenue drop? We can perform an audit to confirm if and how your website was impacted by the November update.

Another difference between both Core Updates is that the November Core Update seemed to have focused more on Mobile.

And the ranking positions that were impacted showed differences; the July Update had more impact on the top 5 results than the November update did.

How the Core Update Influenced Rank Gain and Loss

With every update there are ‘winners’ and ‘losers’. But the November Core Update comes across as being fairly balanced when it comes to the number of rankings won/lost. The average gain was at 3.19, whereas the loss averaged at 3.34. Or said differently, the typical movement as a result of this update is likely within the range of 3 positions. And taken into account that the main volatility happened for the pages ranking on position #5 through #10 and higher, the impact on traffic for most websites will likely be low.

If you are only checking your desktop rankings, be sure to also check your Mobile rankings to understand the full impact of this update.

Be also sure to check the overall movement within your industry; which of the competitors saw improvements or losses, by how much and with what type of pages. Try to understand what it is that the search engines are moving up, and what this could mean for your website.

Or, if you don’t have the time to do the analysis yourself, or don’t know what to pay attention to, feel free to contact us. We can perform a quick audit that will tell you all you need to know to turn Algorithm updates into your advantage.

Get Your FREE Audit

Let us review your website’s SEO performance and we will provide you our valuable insights to help you increase traffic, leads and revenue.
FREE AUDIT 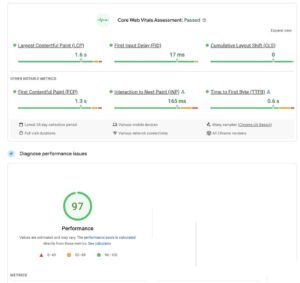 How to optimize the images on your website – 6 tips

6 tips to optimize your images and to increase your page load time. Link to Google’s documentation included. 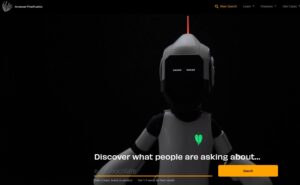 November 2021 Core Update – Main take-aways. Read how this update impacted rankings, and how it is different from the July 2021 Google Core update. 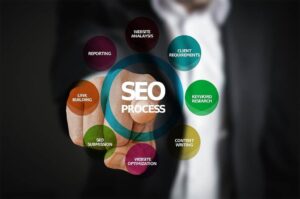 BrightEdge asked more than 750 attendees for their perspective on SEO in 2022, and how they experienced 2021. Read what they said.